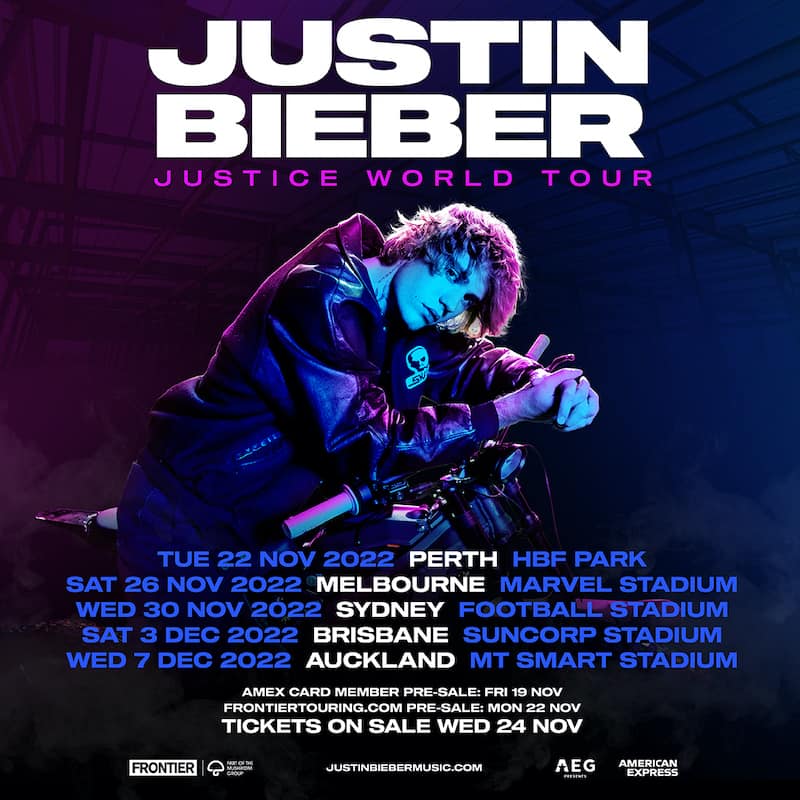 The ‘Justice World Tour’ is Justin’s first global outing since 2016/2017’s ‘Purpose World Tour’. Described by The Times of London as “mesmerising”, Bieber played to 2.7 million fans over the course of his 2016-2017 run, with the finale seen by 65,000 fans at London’s British Summer Time Hyde Park festival.

On New Year’s Eve 2020, Justin livestreamed his first full performance in 3 years from Los Angeles, electrifying and reconnecting with fans around the world.

“We’ve been working hard to create the best show we’ve ever done, and we can’t wait to share it with fans around the world. I’ll see you soon,” said Bieber.

The ‘Justice World Tour’ is named after Justin’s latest smash hit album ‘Justice’. Released in March 2021, it debuted as the most streamed album in 117 countries. The album and its tracks have taken the already global pop phenomenon to new heights.