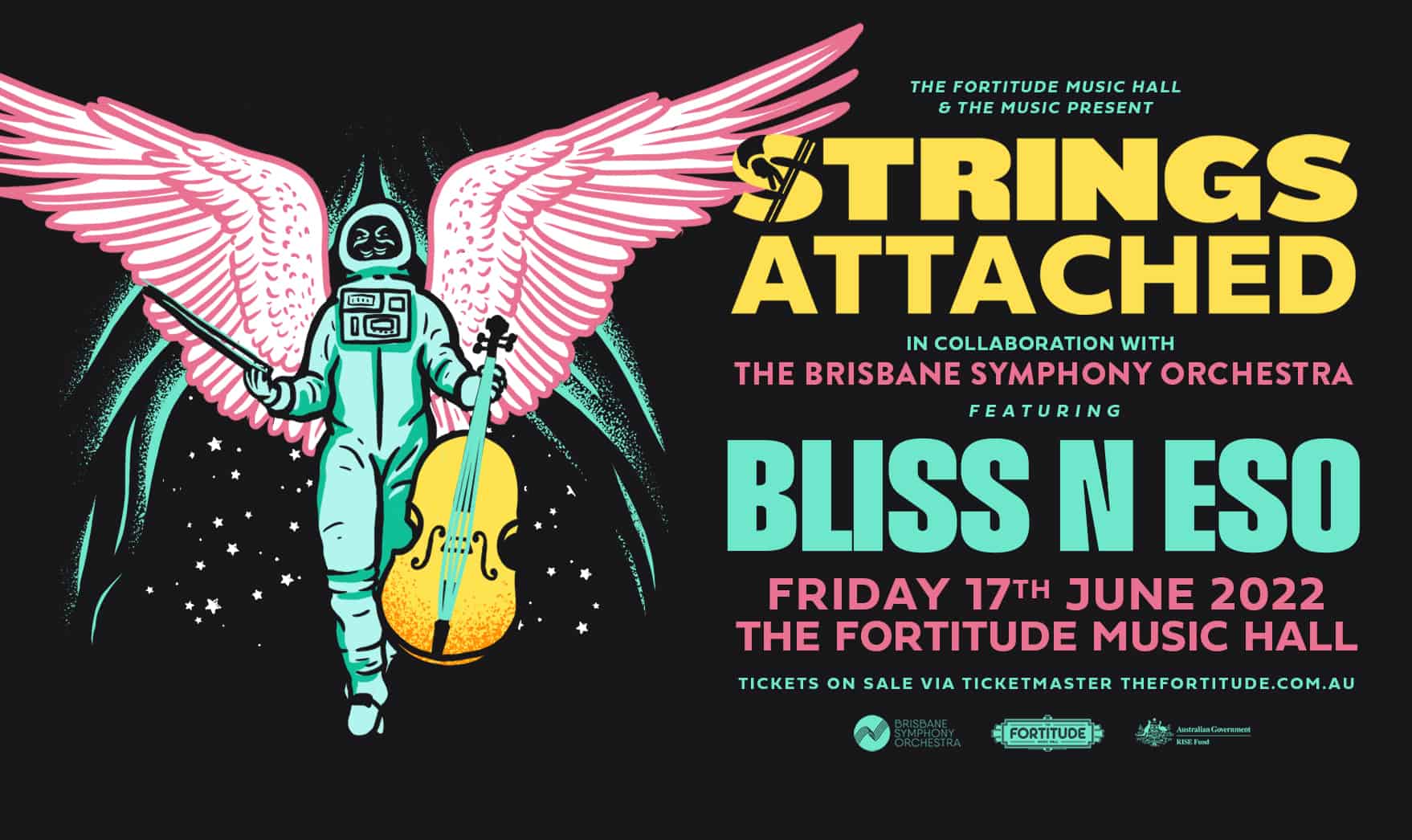 After hosting icons Vera Blue and The Smith Street Band for a string of spellbinding and sold-out performances in 2021, The Fortitude will be the home of Bliss N Eso’s first ever orchestra-accompanied show. Returning to the venue after a powerful sold-out performance in January, Bliss N Eso will once again be serving up their signature flows and cinematic beats…this time with the help of the thirty-five piece Brisbane Symphony Orchestra.

This fusion of contemporary and classical sounds has been at the forefront of Bliss N Eso’s mind for many years and serves as the long awaited realisation of the strings-accompanied project the trio planned long ago. “To play an orchestral show has been a dream of ours for years. Our music is extremely cinematic and already has orchestral overtones through it. So this is something that we’ve wanted to bring together for a long time. To finally do this for the first time…it is exquisitely amazing,” MC Bliss explains. MC Eso shares the same beliefs, adding, “I think it was a present that came from the universe. We are already prepared for it.”

Returning to lead the Brisbane Symphony Orchestra is Conductor Emeritus Antoni Bonetti. “It’s been such an incredible experience working with Bliss N Eso to build an orchestral performance out of such iconic Hip-Hop music. They’re two worlds that don’t often collide – but when they do, it’s pure magic.”

For John Collins, co-owner of The Fortitude Music Hall, this unique pairing is the perfect way to reignite the highly praised Strings Attached series. “We are so excited to welcome Bliss n Eso and the Brisbane Symphony orchestra back to The Fortitude for what is shaping up to be one incredible return to the Strings Attached Series. We can’t wait to share this one with you.”

Strings Attached was made possible via the support from the Federal Government’s RISE Grant initiative. Federal Member of Brisbane Trevor Evans says, “All of us around Brisbane as consumers of performing arts love the idea that we can get back into seeing and hearing great performances in the year ahead”.

Witness in what is shaping up to be a career-defining performance for Bliss N Eso as they take to the stage with the Brisbane Symphony Orchestra.